My day started great on 2 counts…

I thought it got lost in the black hole along with my 848493917473 other things because you know….. I don't exactly take the best care of my belongings. 🙊

So happy to have discovered that it was lying innocently in my TTR tote bag all along. Must have taken it off that day when I went to the gym and haphazardly stuffed it in with my clothes. Hehe.

My Christmas present Gone Girl which came in the mail! @jongsy ordered it from this website called Book Depository and it took around 10 days to come. Cheaper than if you were to get it in book stores, as with most of the books available on their website!

Actually it's not my present. Haha. Sissy ordered it as a present for Ben and he did the same, talk about telepathy. So they're gonna share one book and let me have this one. So yay for me! #shameless but I got extra present so never mind la.

Meeting my old friends later for dinner at Pince and Pints.

I think I just burned off 500 calories by opening 27 boxes of shipment.

Recording breaking number of boxes, by the way. I was perspiring like crazy even though there was air con. 😰

All the CNY stocks are coming in and our office is officially flooded with stocks. Very soon we would have to swim in them to get around. Lol.

I would show you a picture of my studio area which now looks like a warehouse but it is so unsightly that I feel slightly embarassed about it. Hahaha. 😳

Ok here goes, the rest of BKK which I have yet to update on my Dayre!

Super nice quail eggs we got from the road side. I find myself getting more and more daring when it comes to street food these few trips. Hahah. After the first few bad experiences I actually told myself to never try any more street food.

But they proved too tempting to resist. 😔 I really wanted to try the street side prata on my last day but our flight was wayyy too early for that.

Wanted to bring the girls to the vintage train market because I really liked it the last time I went!

Did our research and found out that they shifted to a new location. Planned to get a cab to bring hs there and all the cabbies tried to extort a freaking 400 baht fare from us! Found one who was willing to do it for 300 baht in the end so we grudgingly got onto the car. Lol. 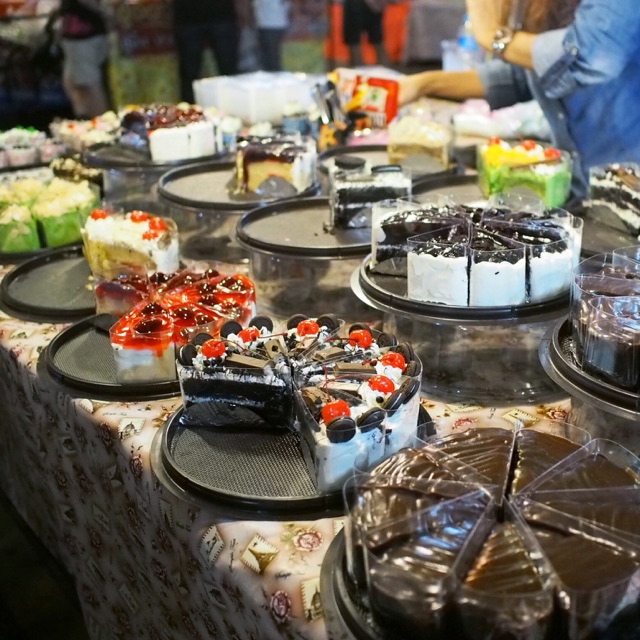 Cakes were only going for 30 baht a slice. Cheap or what??! 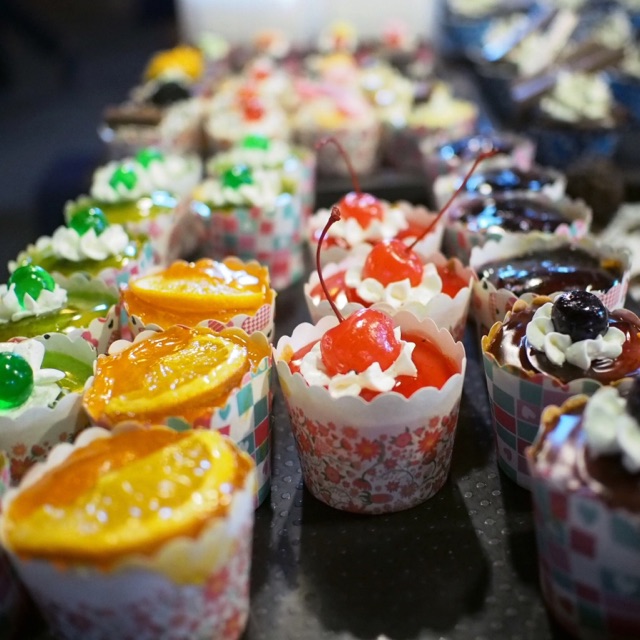 Cute cupcakes. They were really cheap (but I forgot how much) nearing the closing time… If you want to buy, buy it just before you leave!

Super cute dog which kept standing up to attract our attention!!!

Must be a trick the stall owner taught it so that can get more business. Hahah. So smart! 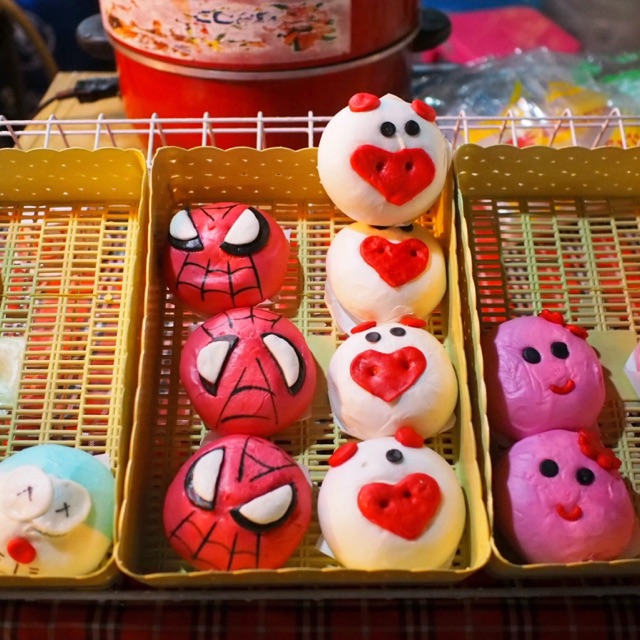 Don't know nice or not… We didn't buy!

And they turned out nicer than we expected! A lot of colouring.. But other than that, chewy on the inside and crisp on the outside! 😊 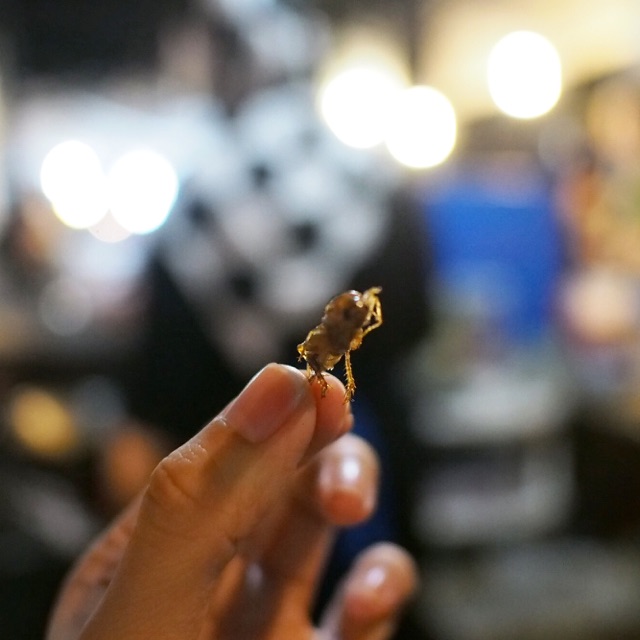 They looked so gross I couldn't bring myself to put them into my mouth…. 😨

If you want to know, I did try it in the end. Just one. A really small one.

Gave in to peer pressure.

Hahaha. But anyway. If you look past the fact that it is a gross insect, it actually just tastes like something fried and salty because of all the seasoning which was dumped on it. Lol.

The guy at the stall was really nice by the way. We didn't have to pay to take photos! He also let us try for free and offered us a small bag of crickets (?) for free too. Hahaha. 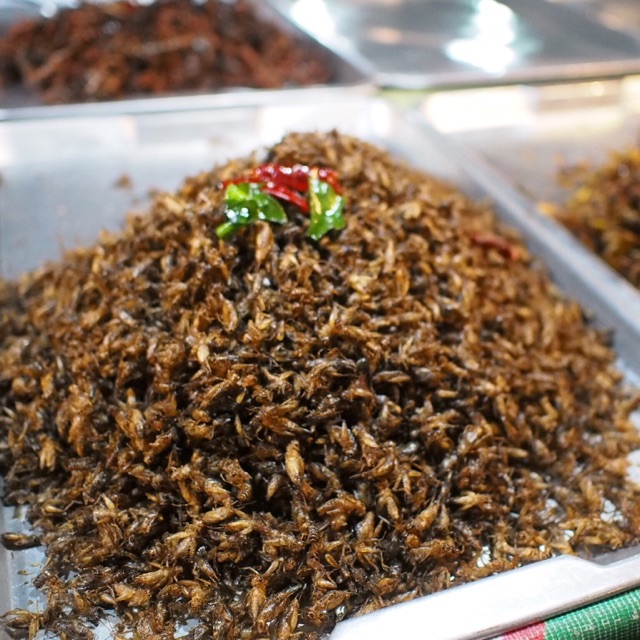 Scroll pass really fast if you cannot take this kind of pictures ok??

These worms looked too fat and squishy. I didn't dare. 😰

We spent the rest of our time at Rod Fai exploring the other interesting stalls and their offerings.

Didn't shop much but we were kept happily occupied by the sights and sounds there. ☺️

The weather was also really good when we were there. Average 22-23 deg? At night I think 19-20 deg! Except the day we went to Chatuchak. That day was a killer. SO HOT. 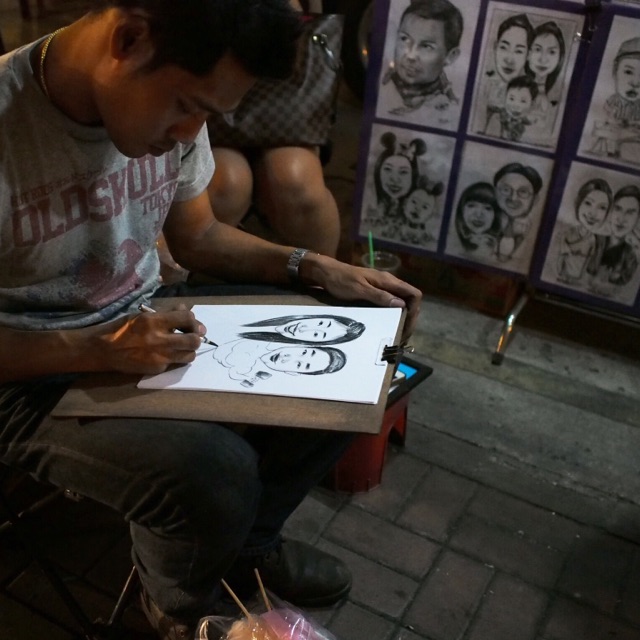 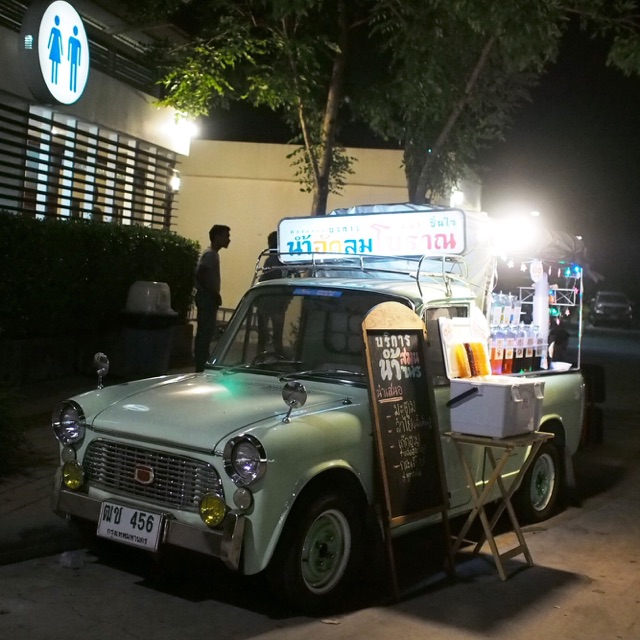 There were a lot of stalls selling bags/clothes etc but we didn't succumb!! 💪 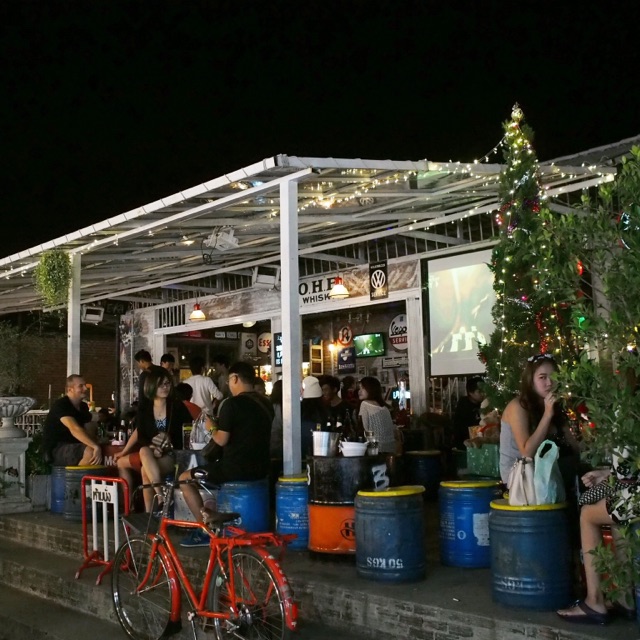 Lots of quirky outdoor bars with mismatched chairs and tables.

This bbq glazed chicken skewer thing is so so so good. Didn't even care that it's street food. Lol. Thank god I didn't die from food poisoning. 😌

Chatuchak was disappointing in terms of shopping this time round.

But when all else fails… There is always good ol' coconut ice cream! ✌️

Please buy the one with the little blue flag on it. That's the authentic Chatuchak coconut ice cream!! 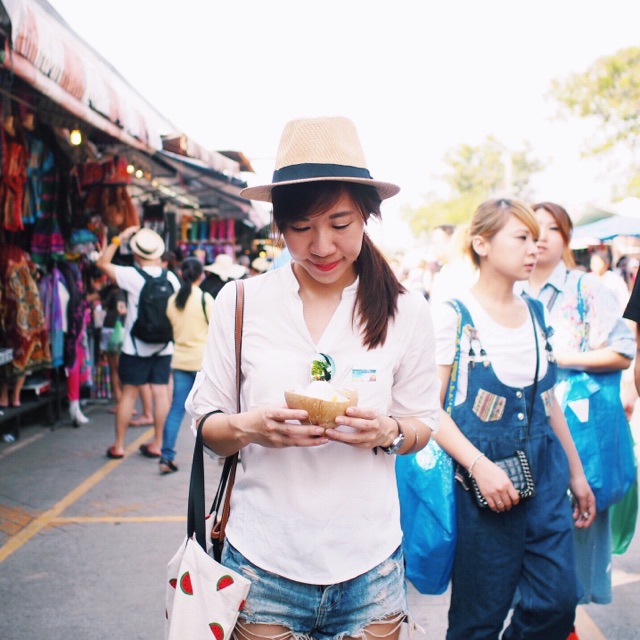 Isn't this puppy such a darling? Looks like a fat baby seal!

Explored the pets section of Chatuchak, lots of cute puppies! It's a sad thing to see them though, most of them are cramped up in small areas with little food throughout the day. 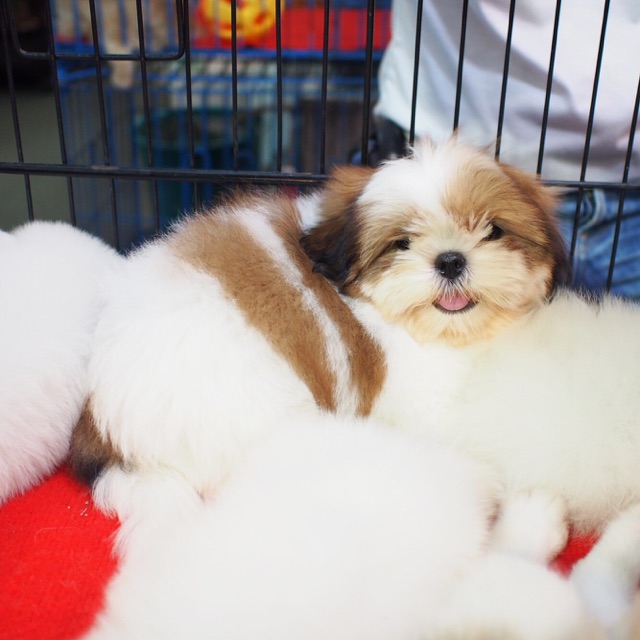 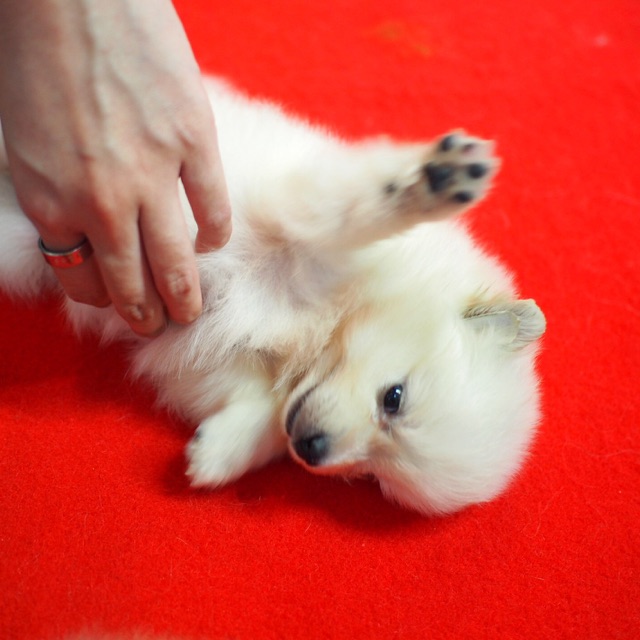 This was the cutest! Immediately flipped over for a tummy rub when we sayang it. Hehe.

Almost wore a maxi dress to Chatuchak but thankfully I came to my senses. Hahah.

I didn't buy much from Chatuchak but they have cheap sunnies and hats! 👍

We cabbed to Union Mall after Chatuchak but urmmm the style of clothes there a bit off. Haha. Can give that a miss!! 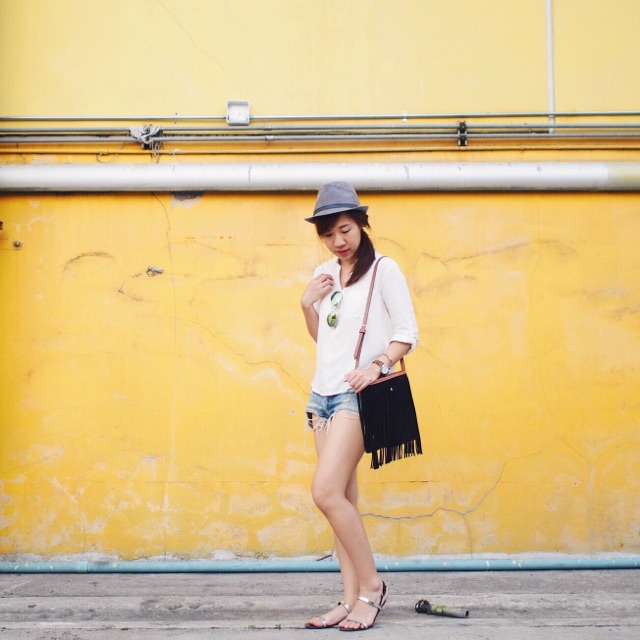 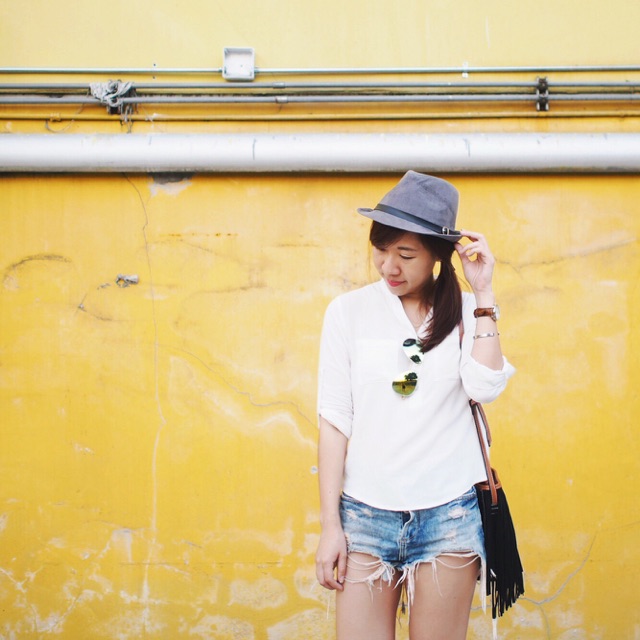 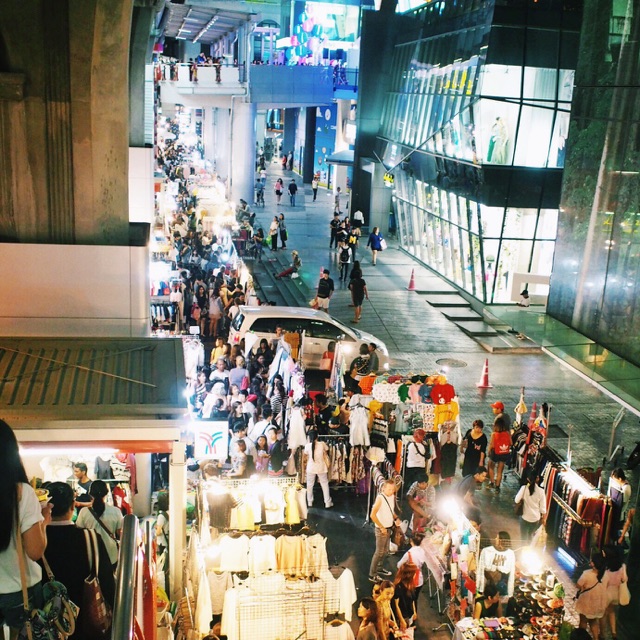 Visited Ban Khun Mae @ Siam Square for dinner and it was one of the best Thai meals I've ever had!

There was a short queue but the food was well worth it. Best green curry and mango sticky rice!!!

So stingy with the rice. 😔 BUT TOO DAMN GOOD THIS. 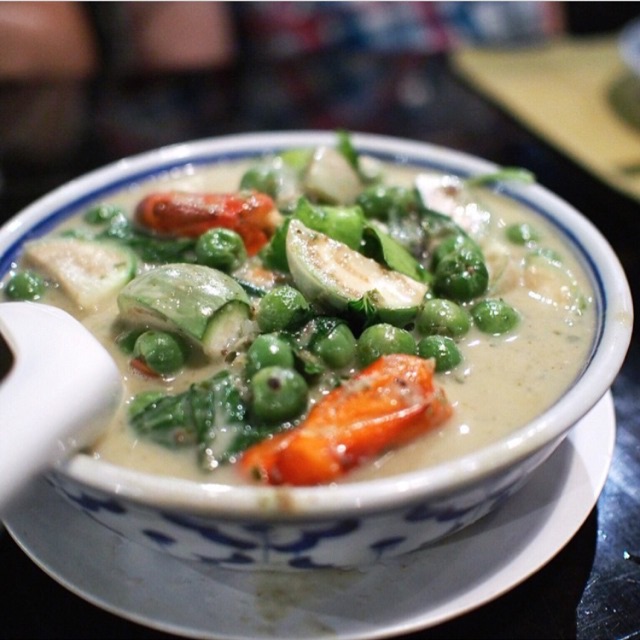 Was never a fan of green curry because I have not came across any which appeals to me. But am now a convert!! Hehehe. 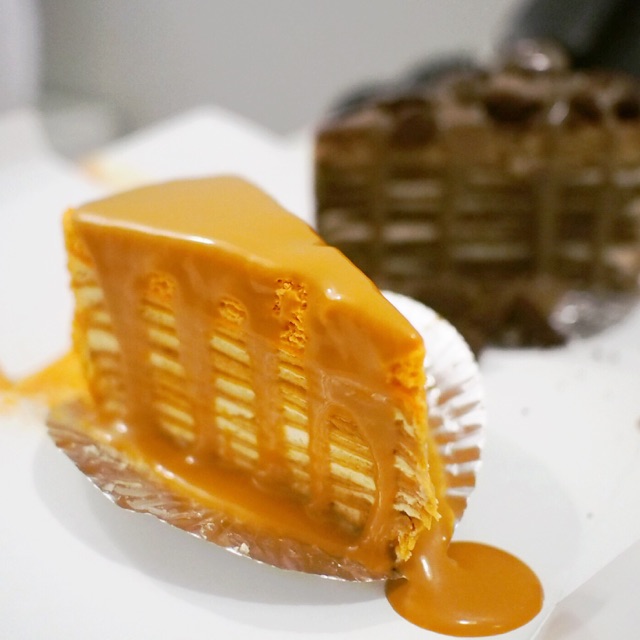 Hopped over to Petite Audrey for desserts but they told us they were closed (at 9pm) and we could only do takeaways.

Was looking forward to having cake in the pretty cafe but sadly we were not meant to be. Oh well, lesson learnt, we'll head there early next time!! And now you know too.

We also discovered this trip that 7/11 sells really yummy microwave basil chicken rice. For only $2!!

So that's all for my BKK trip… For the rest, you can scroll back a few entries and read! 😉

BKK never gets old. Looking forward to heading there next August (yepp already booked cos we kiasu like that!) with my squash girls! Wheeee.