Up and about and off to our first location of the day to get our makeovers. Hehe.

So awesome (or daebak since I'm in Korea hurhur) to wake up and not have to fuss with hair and makeup!!

Hunting for coffee every single day with @enateo because we addicts hahaha.

4800 won for my caffe latte. Got this from the cafe at our hotel lobby and it tasted decent!

Decided to do a shopping diary of some sort while in Korea instead of just sharing about my itinerary.

I will still TRY to control my spending BUT I'm quite sure I can find things to buy everyday. Hahahaha. Shit. 💩 @jongsy 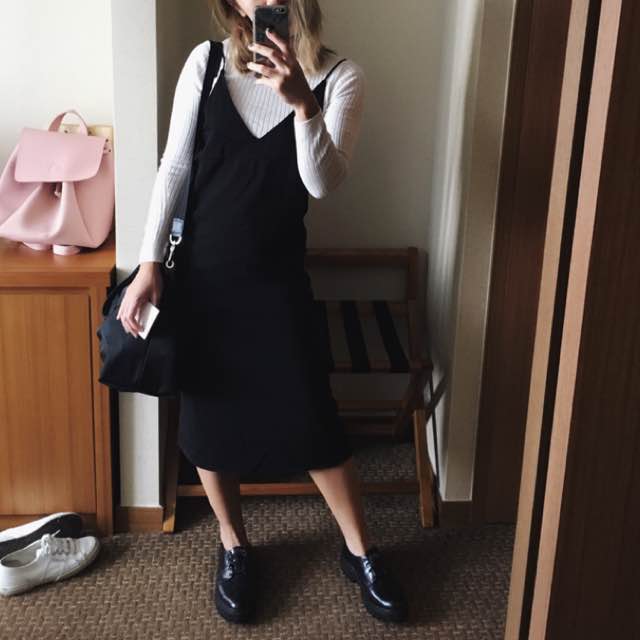 This is actually the same slip dress which I wore in Croatia (but in white!) with an inner top underneath.

Love that there's more than one way to wear it and you can work different styles easily since it's so basic, depending on what look you're going for! 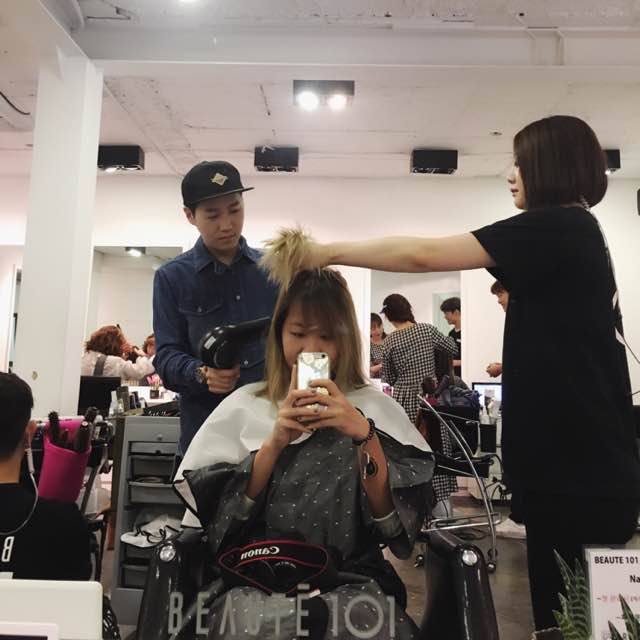 IS IT I CAN LOOK KOREAN LATER!

But I think I'm too tanned to pass off as a Korean girl leh hahahah.

At this shop called Beaute 101 to get our hair, face and nails done. It's a one stop wedding shop for Korean brides… I think it makes a fantastic hen's night stop actually.

Also. They have this super chio cafe/candle shop out front. I LOVE IT. Pictures later!!

I don't think I've ever gotten my makeup done by a professional MUA before.

Hahaha. Kinda antsy about it but I guess the Koreans know their makeup well so I'm in good hands…? 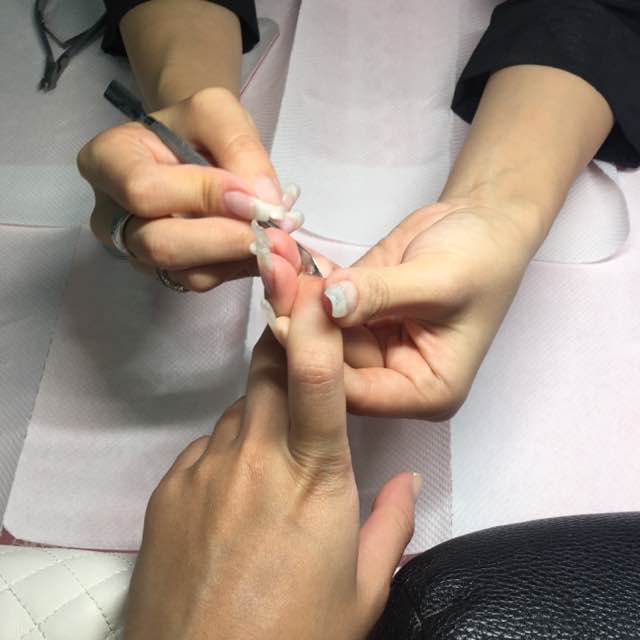 We also get to do our nails!

The display all on point. 👌🏻 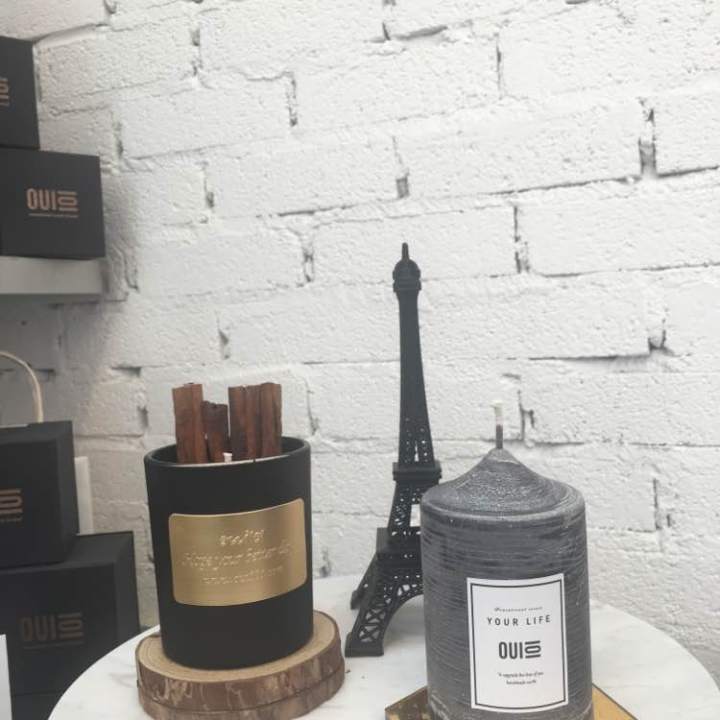 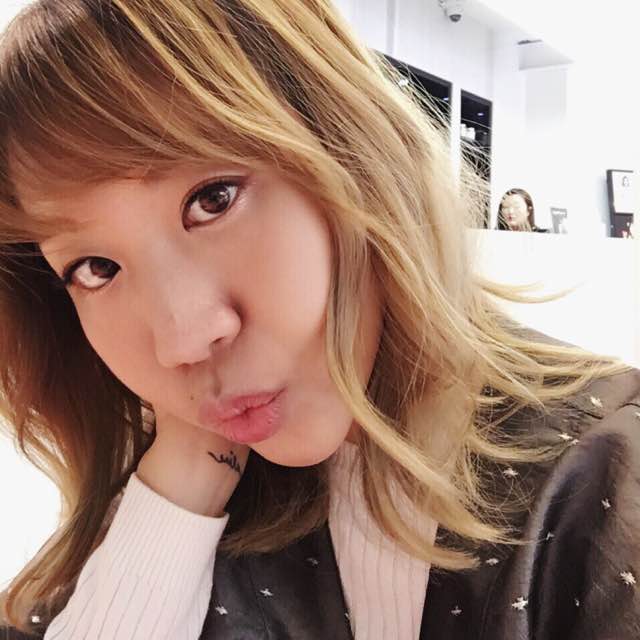 Requested for a fresh makeup look and this is what I got!

They curled my hair a little different from how I usually do it and it's quite nice. The curls go outwards instead of inwards and I think I might try it myself next time. Hmm.

They also crimped the under layers to give my hair volume. #prohairtips but I confirm lazy to try at home. Lolol.

There's also a hint of coral on my eyelids and I think it worked nubbad too. I was a bit taken aback when the MUA wanted to apply orange on my eyes but it turned out nicely! 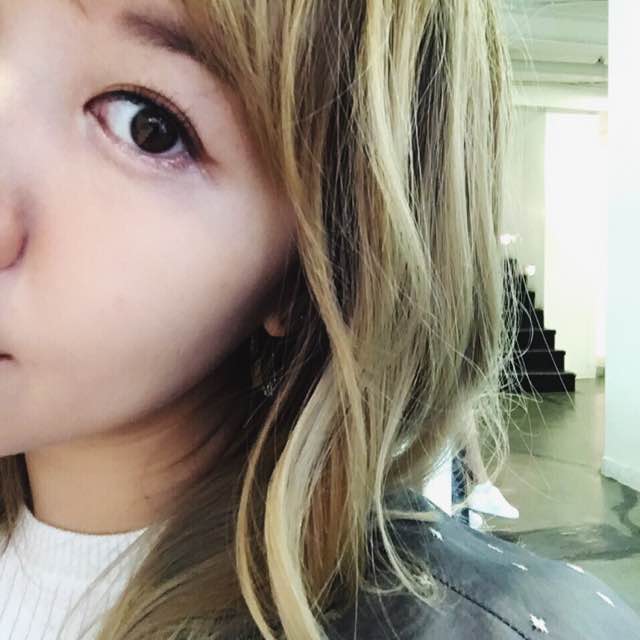 She placed mini falsies which come in segments (idk how to describe hahahah) for me which looks pretty natural. I'm quite scared of those which looks very bomz and feathery.

Need to find out what products she used on my eyes. They make my eyes look so much brighter and doe-like!

And so the shopping started…. Hahaha. 3CE was the trigger.

Only had 10 minutes inside because we were rushing for our next activity but I came out with a paperbag!

The lighting sucks because I was rushing to shop + snap some photos…… Hahaha.

But they have new baby pink makeup pouches! Damn cute. Didn't buy tho!!

Triangle lip balm which I didn't get as well.. The colour was too sheer to be worn on its own and I don't need another lip balm. 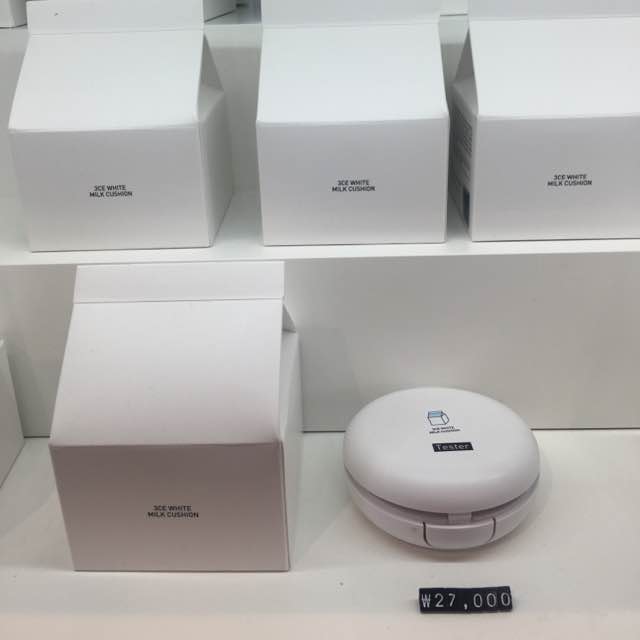 Bought this together with @brenwho because packaging 💯💯 and I like the idea that it's a cushion sunblock.

Also bought the sleeping mask in the same series. Comes in a milk carton packaging as well! 🐮 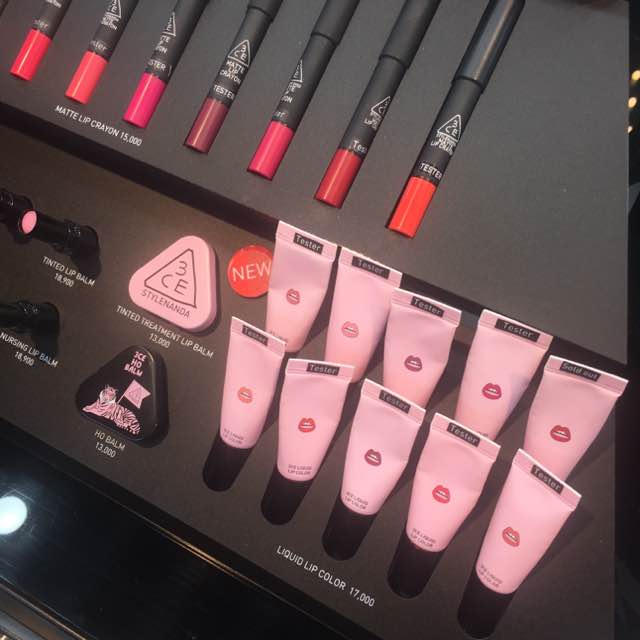 Liquid lip colours!! Didn't buy any because we were in a rush and I had no time to swatch them. Meh. 😦

Did a repurchase for my all time favourite cream blusher in coral and also an eyeshadow palette. 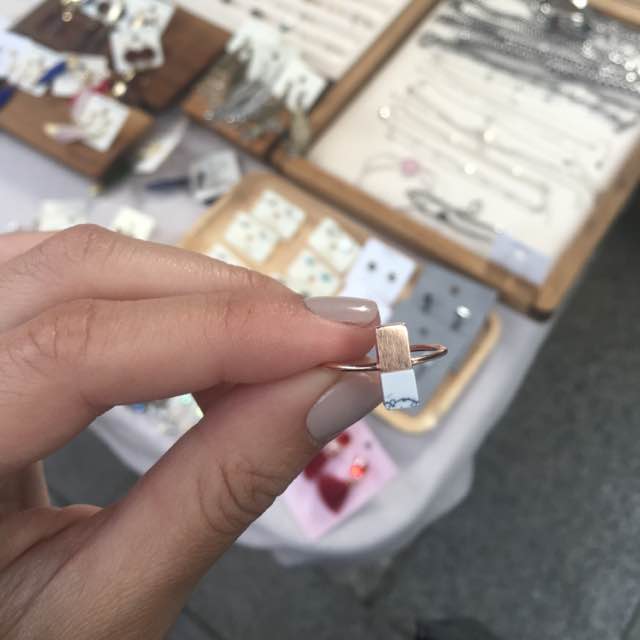 Randomly bought this ring by the roadside because #rosegold hahaha.