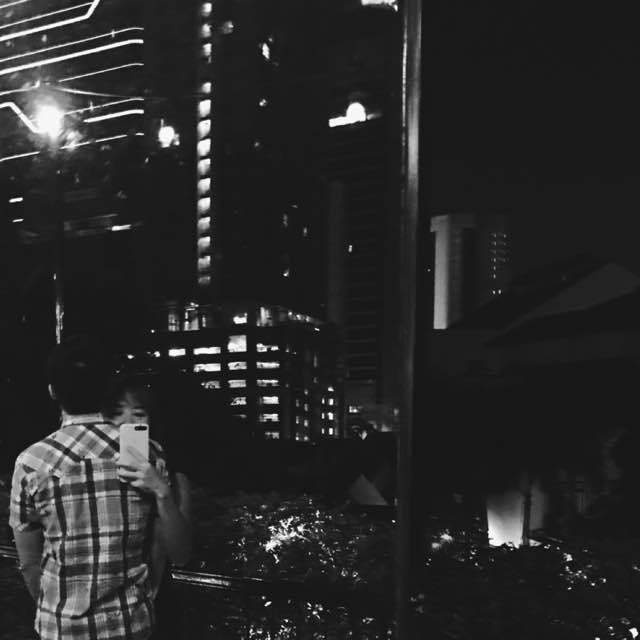 Had the best end to 2016 and the best start to 2017. Gonna do a sum up for my year that has past and list out my hopes for the new year ahead!

But for now, it's bed time.

Heading out to meet my friends for steamboat later and so shall give this space a bit of loving!

Spent the last bit of my 2016 glued to ZL. To be precise, he got stuck with me from the eve of the eve till New Year's Day. And I was so sad when we had to say bye after that. Hahahah. Idiot says he's gonna make a meme of my face plastered with the caption #overlyattachedstickygf and post on 9gag or sgag or whatever. 😂

I told him he should be happy that I'm sticking to him. 😂😂

Didn't spend Christmas together since he was away but yay at least we got to step into the New Year together! 🎉 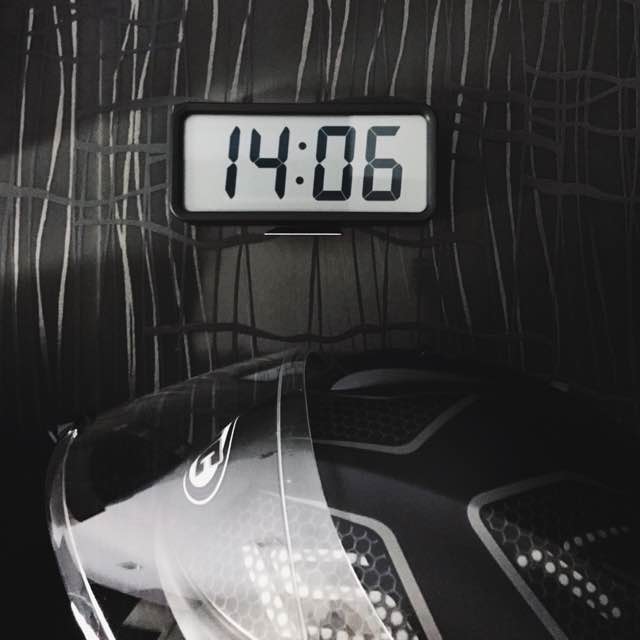 Gave him his New Year present. ✨ Also got him a custom printed tee shirt and a hoodie LOL can't wait for the day he really wears them out (if he ever does).

Lazed around and got up late on New Year's eve. Then he suggested bringing xiaobai to his place so off we went! 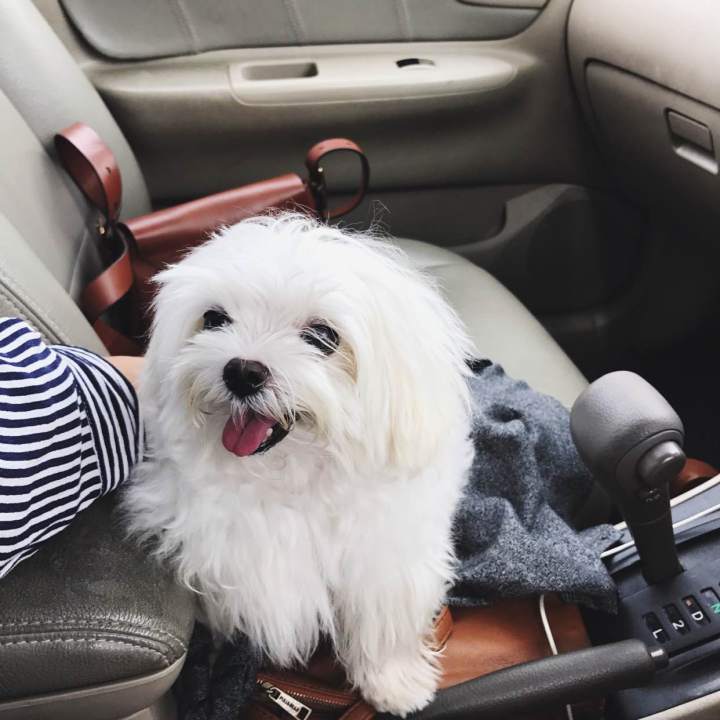 She used to dislike car rides like they are the bane of her life. But I guess now that she knows that not every car ride brings her to the vet/groomer, she's a lot more chill about them.

That pink tongue sticking out!! Hehe.

Xiaobai with ZL's twin brother. I wonder if she can tell them apart.

My baby looking extra fluffy cause she was freshly showered!

She is seriously the most nua dog ever. She's the happiest when you give her a bed and she can stay at home all day every day. Being out tires her too much. 😂👌🏻

Having the time of her life being buried under the soft blanket.

This is my favourite photo out of the lot!!

Her second time to ZL's place and she was pretty comfortable there already.

The first time she went…… omg. Pooped and peed all over. I was so embarrassed! 😱

This time round, she only peed in his room. Nowhere near the newspapers we laid out for her but still. Good enough. Somebody was over the moon to have her over and so didn't mind having to clean her pee. LOL.

My anxious little dog. This was her being all uptight when ZL left the room without her. Hahaha.

So happy that ZL really loves hanging out and having xiaobai around. Although sometimes I like to act jealous and compete for attention. LOL. Am I really already 27??? 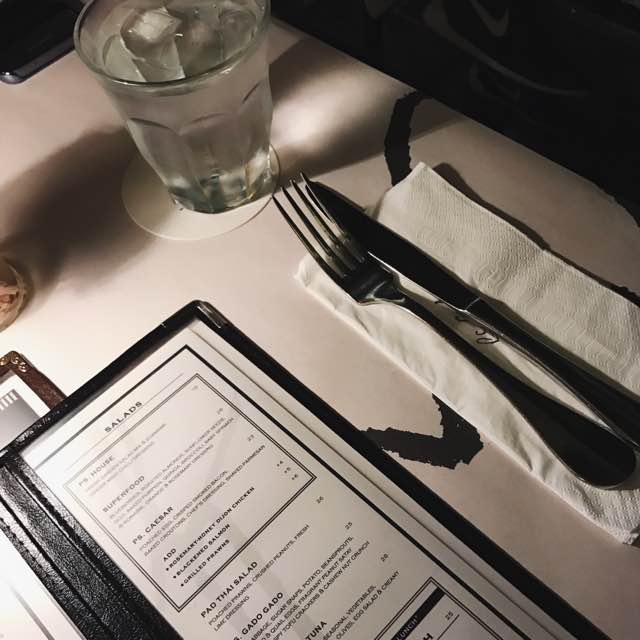 PS Cafe for NYE dinner because I wanted him to try the chocolate cake. And I remembered that the Ann Siang Hill outlet had a really nice rooftop so I picked that place.

Surprisingly a nice area to hangout on nye because it wasn't crowded at all. Didn't have trouble finding a parking lot! ✌🏻

The restaurant was pretty packed and they took a really longgggg time with our food.

After 30 mins of waiting, the staff came over with a complimentary bowl of fries to make up for the delay.

Which was an undoubtedly nice gesture. 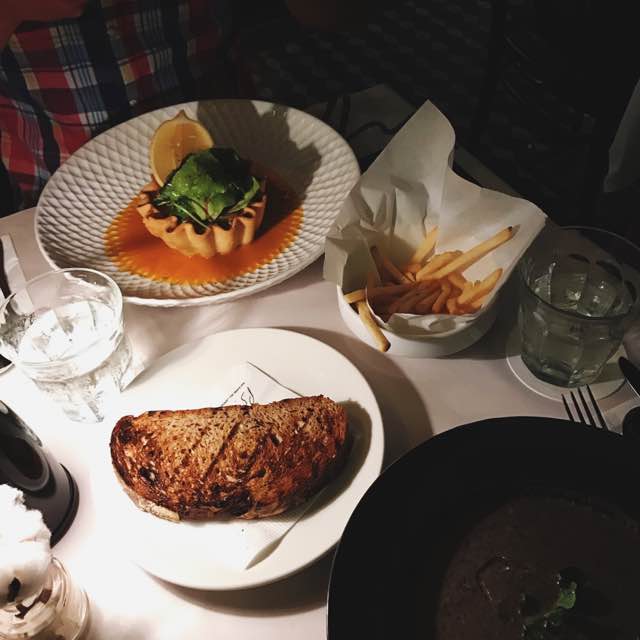 Shared a mushroom soup and the crab tart and it was as good as the first time I've had it!

All the PS Cafe outlets are so pretty!

Can't decide if I like the Palais, Dempsey or Ann Siang more. 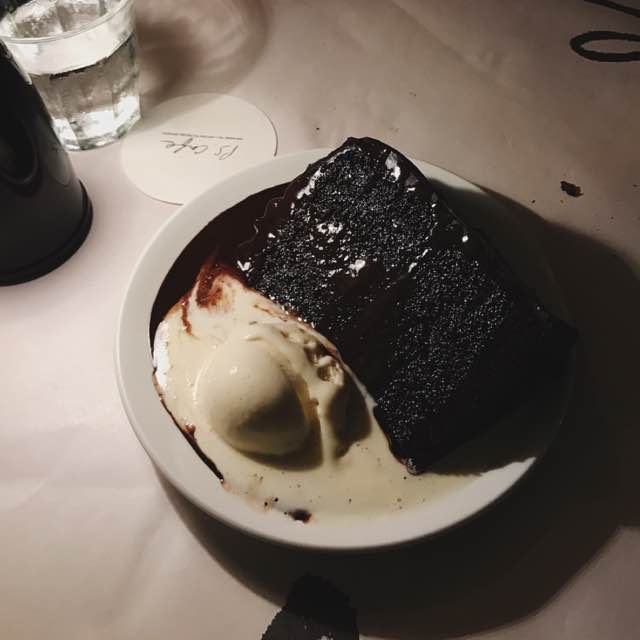 I was telling him that we won't be able to finish it even if we share because it's tested and proven.

Half a cake later… 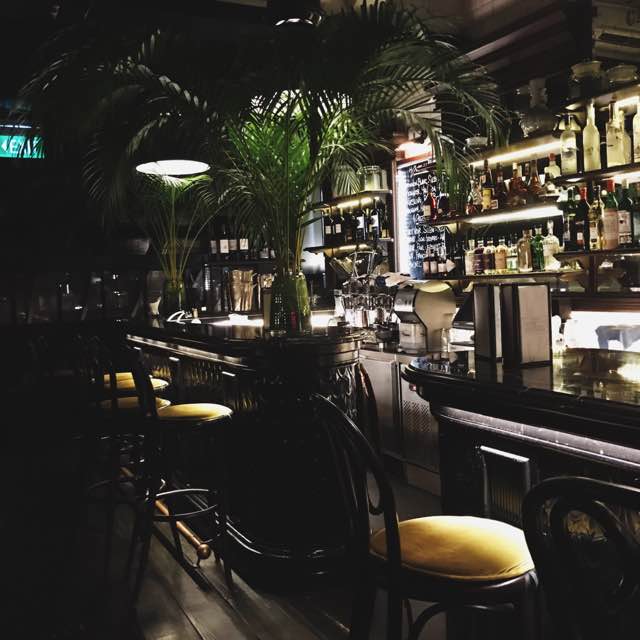 They have a really pretty bar area but unfortunately neither of us are big on alcoholic drinks.

The outdoor rooftop area with twinkling fairy lights. We were the only ones outside and it was so nice just standing there.

They actually closed the roads so we took a short stroll along the streets before heading off elsewhere to count down.

Countdown was at some part of Changi. Don't ask me where because obvi I was only following blindly. Lol.

Had a quiet countdown with us reflecting back on 2016 and watching other people play with sparklers and cheering as the New Year came around.

First day of 2017 was spent with his family at lunch where his mum prepared tons of food 🥙🥗🍤🍖🥚 and I tried kueh pie tee for the first time in my life. HAHAHA.

Got back home, did some work for TTR to prep for the coming year and unknowingly spent 4 hours because I was so inept at doing powerpoint slides lolol. Hahaha.

Didn't have a crazy and loud celebration for New Year but my heart feels safe and happy. 🙂 May 2017 bring more happy moments and awesome people!