It's been a quiet few days here because…

I've been sick. While in KL. And that is not a fun thing at all, guys.

Yknow how when some people fall sick, they still can go about their daily activities and look perfectly fine?

I'm right at the other end of the spectrum. Hahahah. 😷 I'm practically useless whenever I'm ill. Even if it's a "small" thing like flu, or sore throat, or runny nose. Cough still okay la.

When I'm sick, I become super needy. I LOVE IT WHEN PEOPLE BABY ME. 😂😂

But anyway, sick tales aside…

The KL trip has been pretty uneventful. 😞

Because the renovations got delayed, we were there a week too early.

Other than helping Auds settle in at the apartment, all we did was cook our own meals, watched telly, played games and spent a whole lot of time doing nothing much.

Which I was okay with actually, since I was also busy being sick.

Hoping for a more productive next trip! 🙏🏻 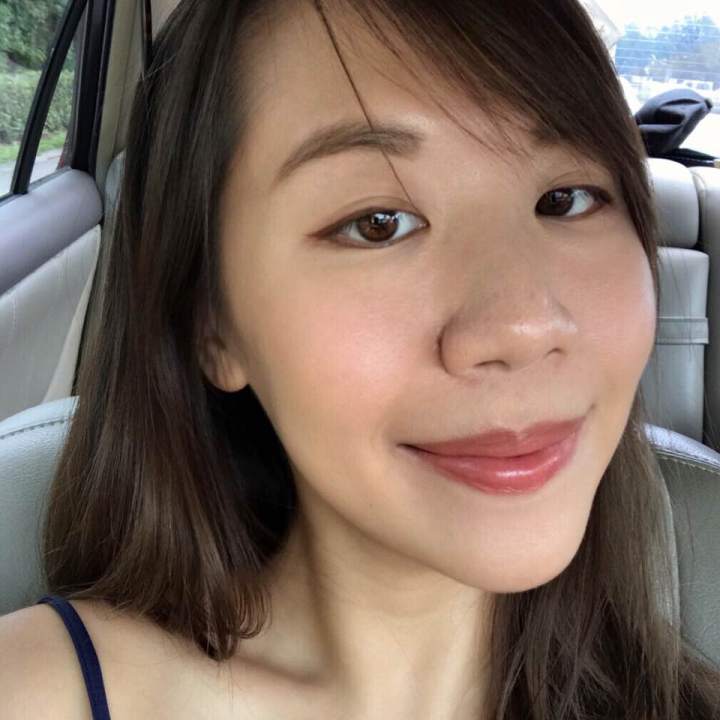 And because I finally got home to my parcels… 🎉

That's all I got, I swear. Hahaha. Was slightly tempted by the highlighters but I don't wear highlighters all that much nowadays.

The delivery was sooooo slow this time round. I ordered last Wednesday and only received it yesterday even though shipping was supposed to be next day. 😑

Okay lemme get to work first, I'll be back later to elaborate. 👌🏻 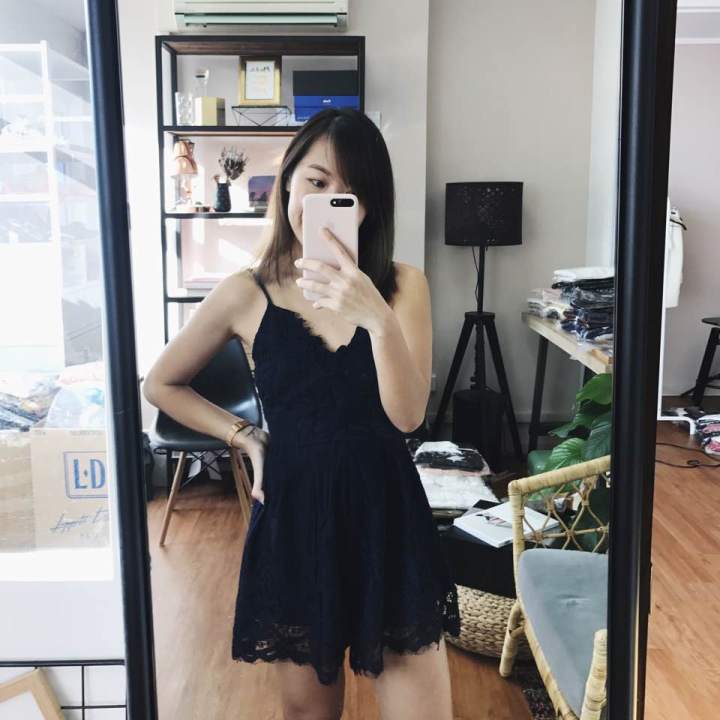 This week, we're having a whole lot of lace items!

Not sure if I have time to sneak a proper ootd later but anyway, you girls should have seen this before.

It's our previously-sold-like-hotcakes Halia Lace Romper! 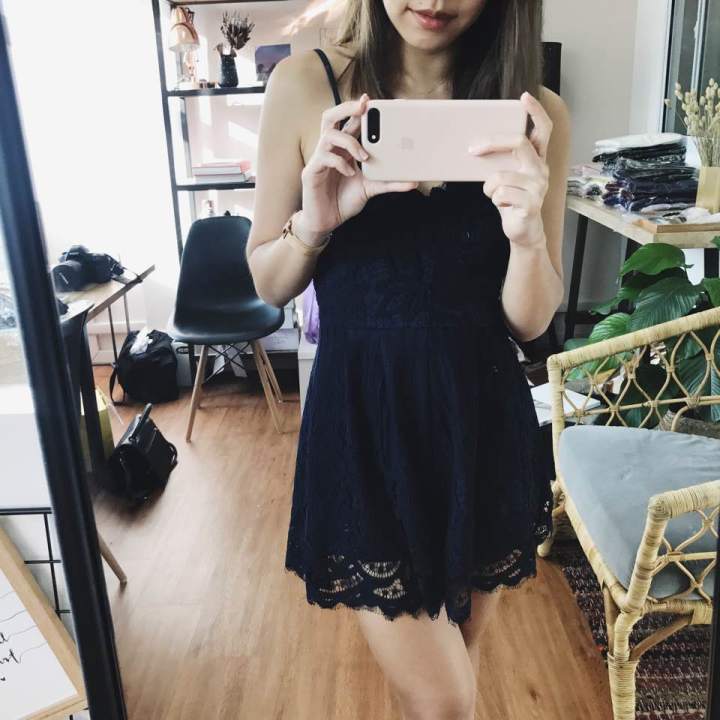 This is the 3rd colour I kept for this piece. 😬

The other items are also really lovely. Hope I get the chance to wear them out this week!! 🤞🏻 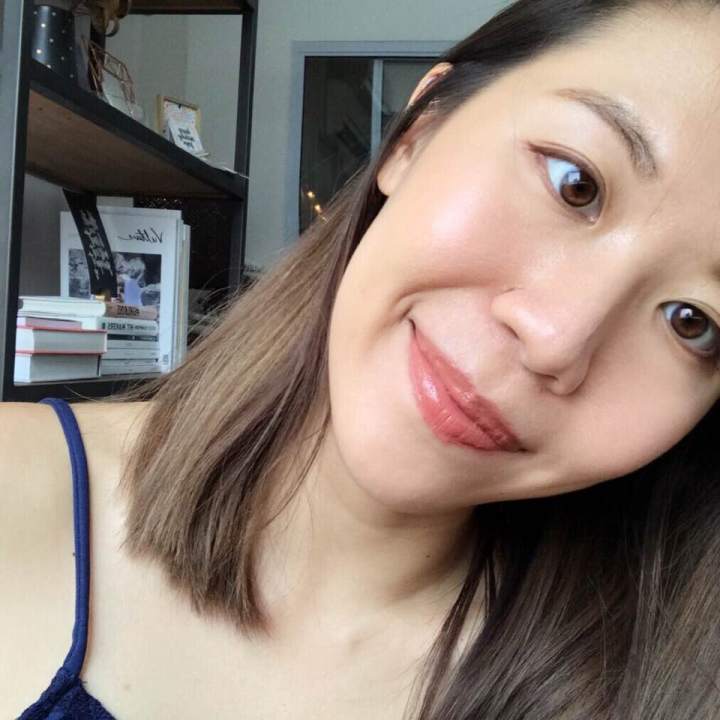 Update – all that Fenty makeup is still holding up prettyyyyy well.

Except the lipgloss. Duh. But the tube is so chio idm retouching every now and then. LOL. 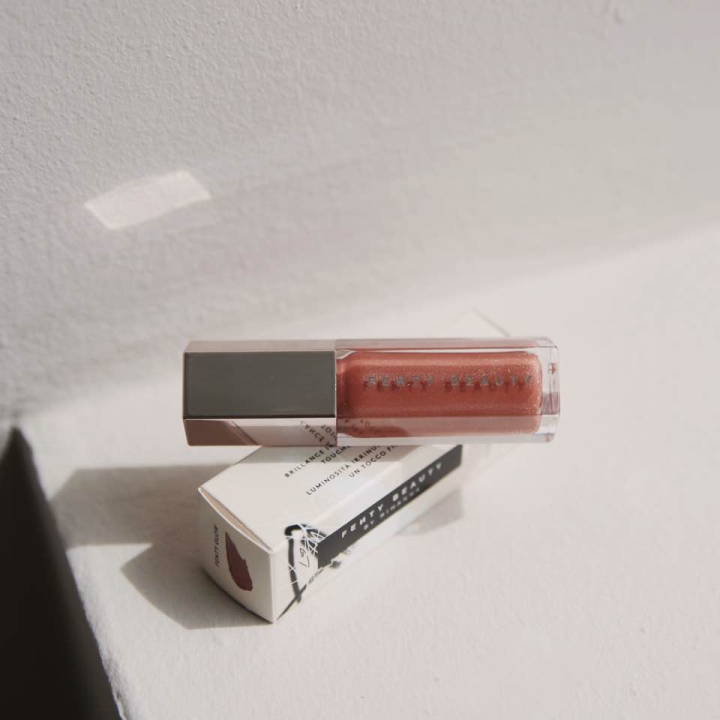 I think this will be the first (and only) lip gloss which I will keep using. 😂

Every time I decide to give lip glosses a try, they fail me. Idk if I suay or what but I always end up disliking the lip glosses I got. Or maybe it was because I never was really into the glossy lips look. So lip glosses were never on my to-buy-list until this one. 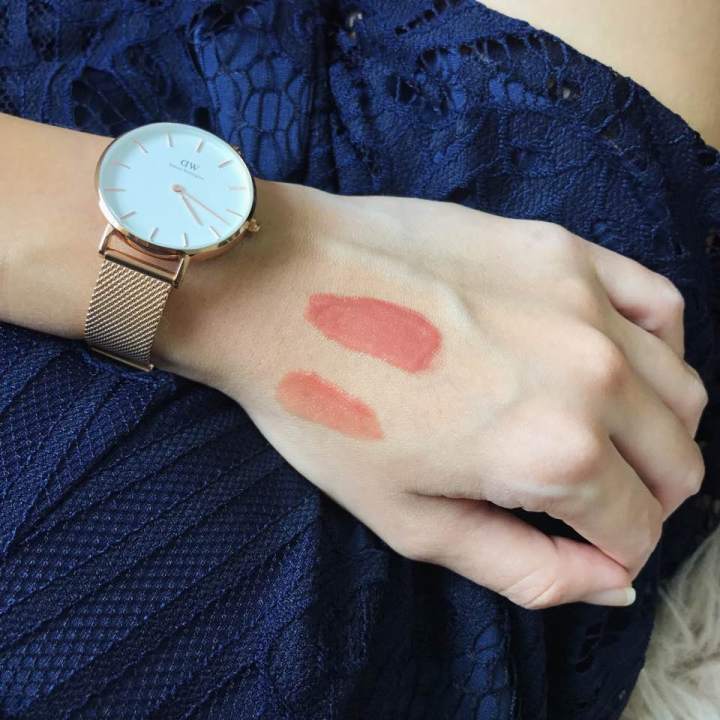 Top swatch (how I wore it today) – layered over one of my old lipstick favs, Etude House BE109

Bottom swatch – lip gloss on it's own

I much prefer wearing the gloss over a lip colour because it's much more opaque. My original lip colour is on the dull side so it doesn't look as good with only the gloss. 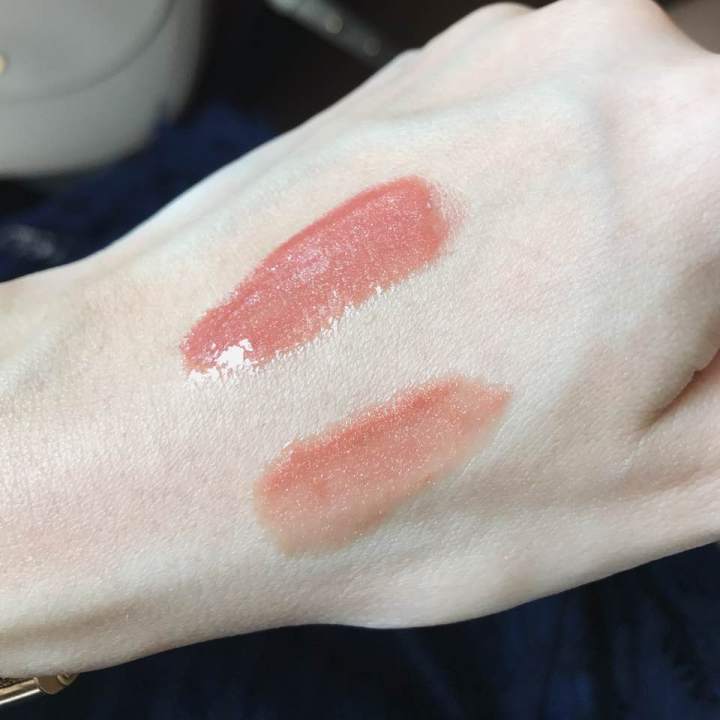 Here's a closer look 😍 – it's not as glittery as it looks in the tube!

I was sitting on this for a while because the silver glitters were so obvious. But after a few youtube video reviews, which were mostly positive for this gloss – I decided to get it.

It's adds a nice shine to the lips but not overly sticky and goopy. Still sticky, but very bearable. I don't think there's any lip gloss which can be non sticky la, tbh. 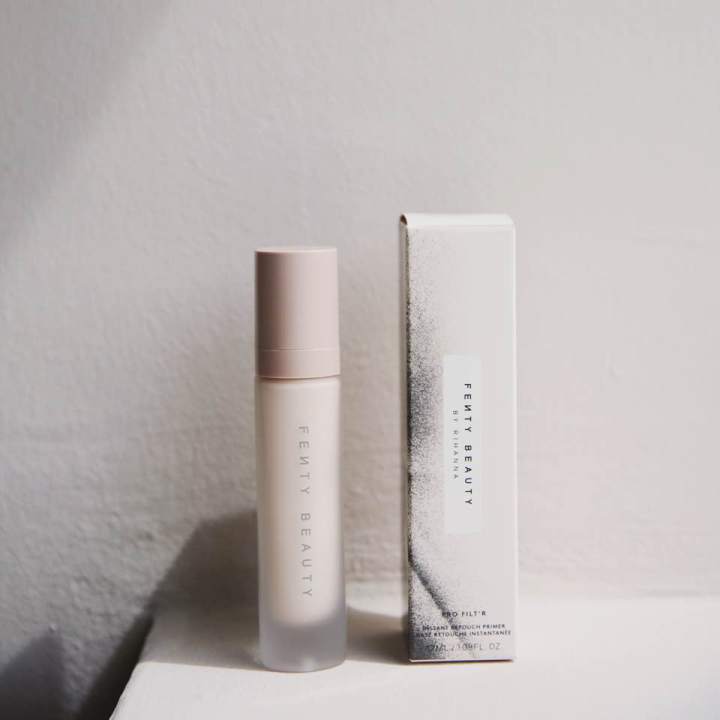 Can we just take a moment to appreciate the sheer beauty of this packaging please……?

This is the Pro Filt'r Instant Retouch Primer.

Wasn't expecting myself to like this as much as I do…. I generally prefer primers which are more smoothening than moisturising. The silicone-y feel type of primers (like the Smashbox Photo Finish) are my favourite kind!

It was a bit of both. Hahaha. Not sure if it's best of both worlds or not here not there. 😂

But I like how it feels on the skin! It feels more like a lotion kinda texture initially when pumped out. But as you spread it, it becomes a little waxy to the touch.

It has a very light scent, nothing unpleasant.

Would probably try it with other bases and see how it fares! Not sure it'll break me out cause it's just the first day… So we'll see. 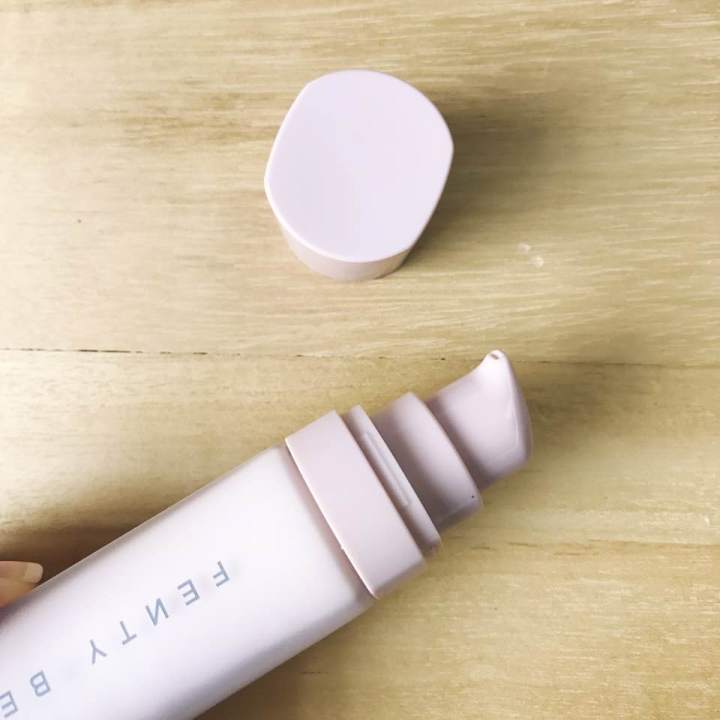 I'm sure the packaging has been talked about to death already but I JUST WANNA SAY THAT I REALLY REALLY LOVE IT.

The frosted glass bottle feels so nice and luxe and the colours of the primer and the pump dispenser + bottle cap… So pretty! Now I'm wondering if they purposely made the primer pink just to match the packaging. Lol. 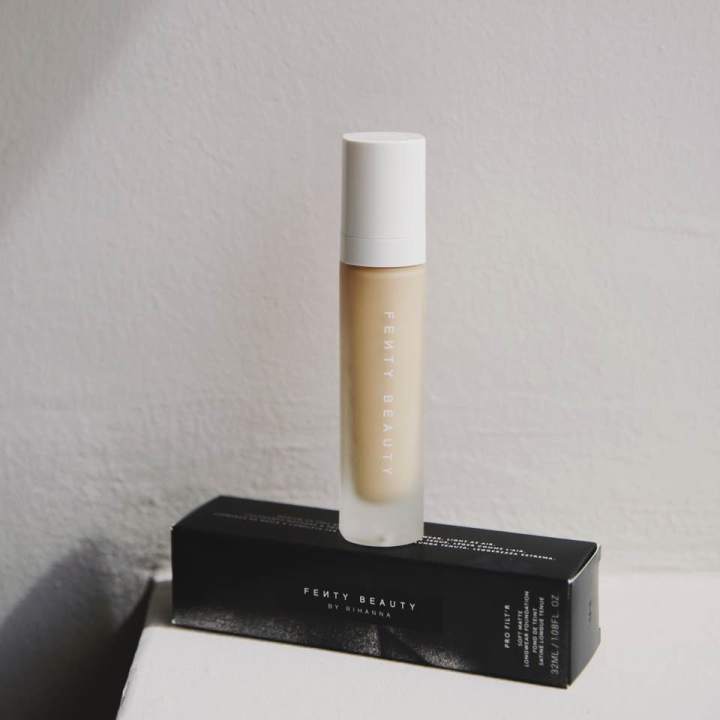 Ehh the foundation I kinda have mixed feelings towards…

I haven't been wearing foundation for a really long time. The last foundation I bought (and really LOVEEEE) was the Dior Nude Air. I finished 3 bottles of that and somehow I just stopped using foundation altogether since the start of this year.

Most days, I'm happy with just my sunblock, concealer and sometimes loose powder.

I'm also veryyyyyy picky about foundations. I like my foundations sheer and light, with good oil control but not overly matte at the same time. 😂 I still want skin to look like skin. It's like, my skin but better la essentially.

And most foundations just make me look like I have a mask on! They just don't look as natural as I want them to be. 😞

The Dior Nude Air is only foundation which I truly love and am still using now. I thought the Fenty Beauty stood a chance to become my new HG from all those rave reviews but sadly… It fell short. Maybe it's too early to say… I'm gonna be trying it for a few more days before passing my final judgement.

It's truly a love-hate with this Fenty foundation because there're things I love and hate about it. It makes me feel so conflicted. 😂 Why must a foundation make my life so difficult??? 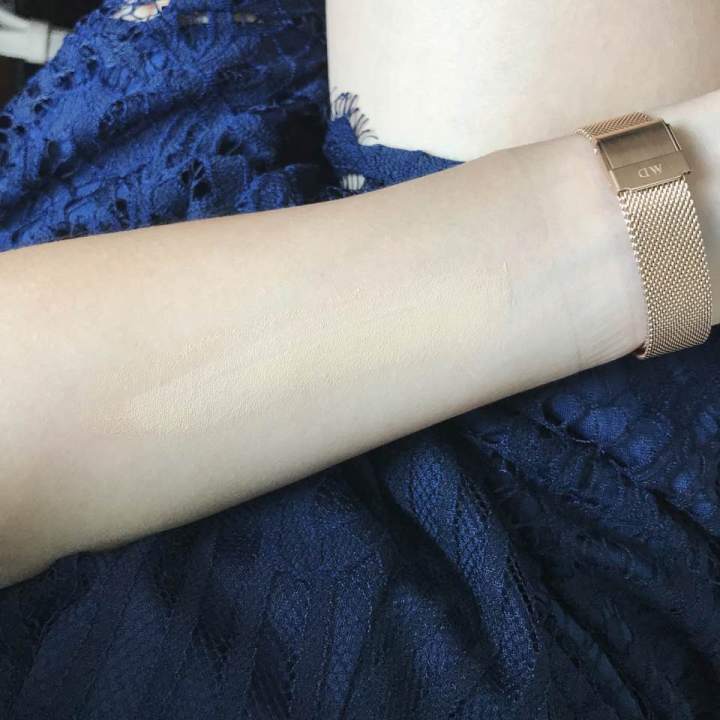 I don't like how difficult it is to spread. You need to work really quickly with this one otherwise it's just gonna dry up and cake on your face in an unappealing pile.

I bought it online and Sephora matched me to 230. But I read reviews that it oxidises so I went one shade lighter. 210 looks too dark on my arm but surprise, it was okay on my face and was a pretty good match!

After I applied the foundation, I looked into the mirror and felt like I was wearing a mask. Not a bad one, but just not my own skin. Hahaha. I think it's my problem la, really.

I felt like the foundation was just sitting on my face. I could see some parts not settling in well, especially the areas where my pores are more obvious. 😩

But I decided to just leave it. Set it with my Laura Mercier translucent powder and took a selfie so that I could dayre about it.

And I found out what I love about it..!

This foundation makes you look so, so good on camera.

But on camera it looks so natural and glowy at all the right places! Idek how. I guess it truly lives up to its namesake – Pro Filt'r. 😂😂 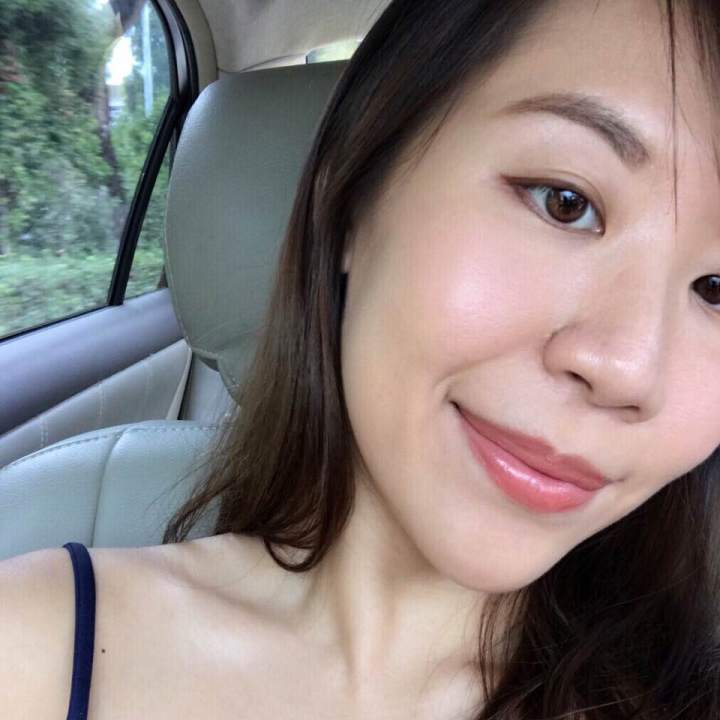 I didn't wear any highlight today, I swear.

The foundation is a natural photo filter. I was really quite impressed!! I mean, if it doesn't make me look super good in real life, at least it makes my skin look amazing on photos. 😂👌🏻 okay la. Still worth it. Hahaha. 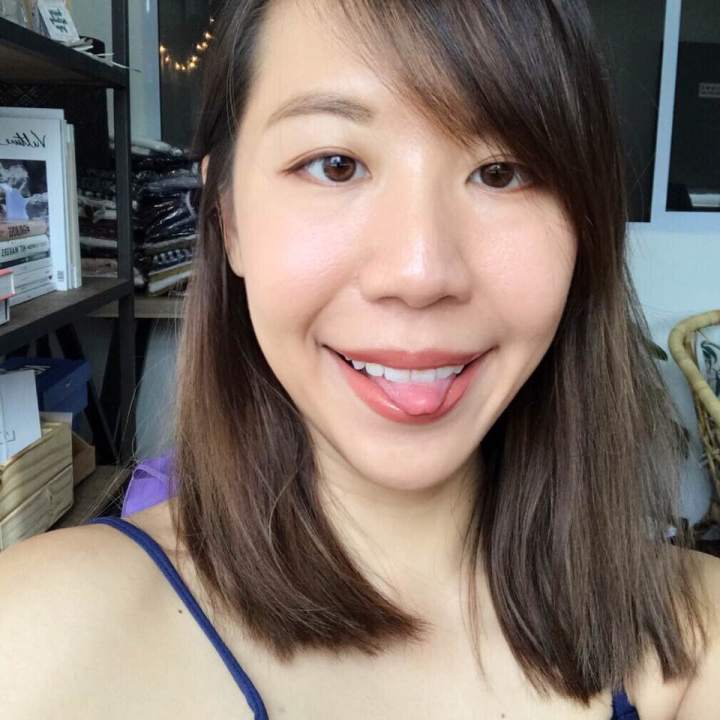 This was taken 4 hours later, without blotting.

My combination skin would usually be shiny at the T-zone by now so okay, it did decent at oil control. Only had to blot at the 6th hour or so. 😌

Will continue using this another few more times and see if I have more thoughts to share with you guys! 👌🏻 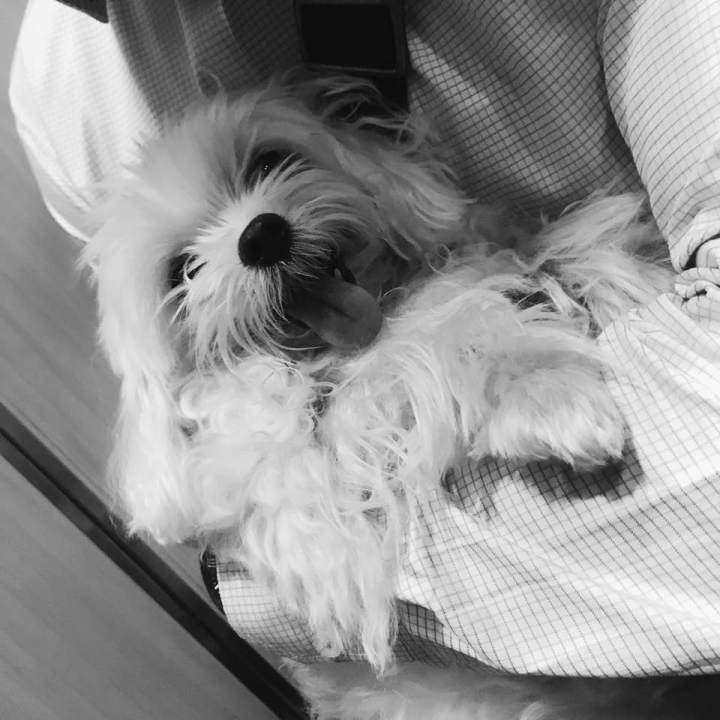 Ending off abruptly with a photo of happy XB in ZL's arms, lol. 😂

Off to watch Narcos, things are getting exciting!! 👋🏻 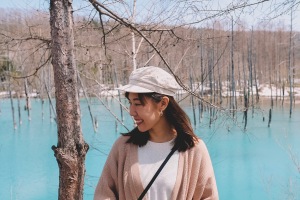